A BarCamp is a format for the moderation of large groups that delegates a great amount of responsibility to the participants. They suggest contents, decide about them, and are responsible for their realisation and the documentation of the BarCamp.

The use of digital tools is a necessary part of a BarCamp. Unlike in classical conferences the programme of the BarCamp (which means specific topics and speakers) is not fixed. Instead all participants decide together on the topics in the session planning. The subjects are then placed in a grid of multiple time slots and rooms. The discussions in the sessions take place on-site as well as online (e.g. via Twitter), and also the documentation (e.g. through Etherpads) is undertaken by the participants. The hosts are in charge of the necessary infrastructure but do not exercise authority over the contents of the BarCamp.

In principle, the BarCamp could be described as a digital Open Space. The formats have in common that the participants carry responsibility for the joint shaping of the day and contribute their topics and skills. Yet the extensive integration of digital tools that characterises the BarCamp is not a basic pre-condition for an OpenSpace. The main differences include that BarCamps focus less on rules and more on self-organisation and self-moderation; that actors and discussions are connected between and among the sessions; and that interested external individuals can get involved.

The BarCamp format was first used in 2005 by IT developers. Since then it has experienced multiple adaptations and one can regularly observe hybrid forms of classical conferences and BarCamps taking place. In our opinion adaptations of the format are absolutely permissible and useful if the context requires so. What is important in such cases is that the participative approach and digital openness are kept up. 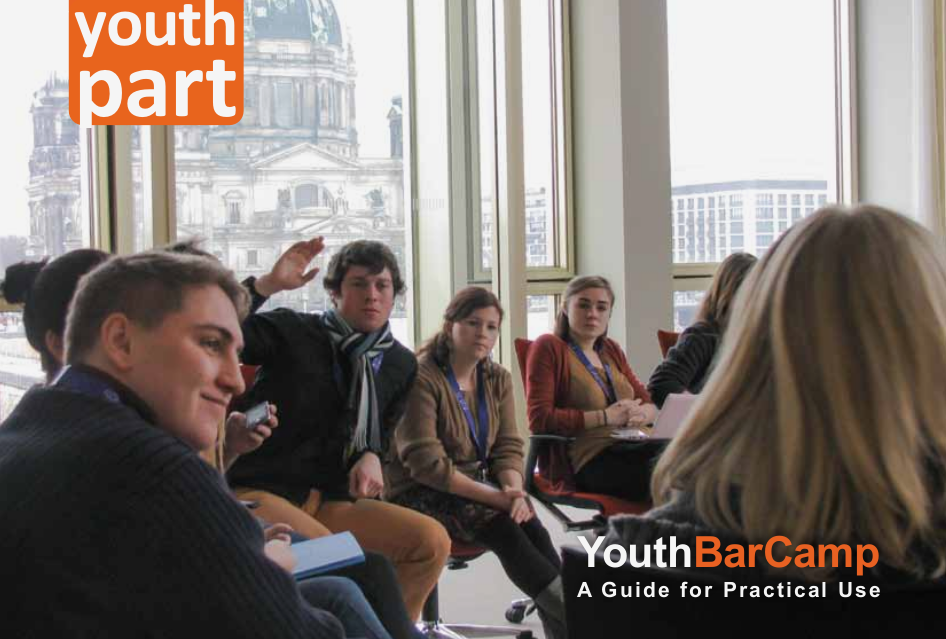 Youth BarCamp - A Guide for Practical Use