The meaning of nation

National backgrounds seem to gain more and more political relevance in politics and maybe also identities? This method tries to reflect on this process and also question it.

To reflect on and openly question the idea of “national” characteristics or mentalities.

1. Separate your participants into groups of 5 people. Each group defines 7 “characteristics of their nation.” What is a South African person, what skills does someone from Canada have, what is typical for an Austrian? (15 minutes)

2. Compare the results of the different groups, find similarities and differences. (20 minutes)

3. Each participant checks to the extent he or she fulfils the criteria of the different groups. (5 minutes)

Guiding questions for reflection: How easy/difficult was it, to find common points in Step 1? How different are the results of the various groups? According to the results of Step 3, how important and valid are so called “national characteristics?” What does it mean for us?

Accompanying Article: The Concept of nation

The modern “nation,” a relatively new concept historically speaking, is today the most powerful political structure in the world . The highest political level worldwide is the United Nations. The concept of “nation” is deeply rooted in 20th and 21st century consciousness of the world and often individuals’ self identity and understanding. Benedict Anderson, an influential scholar in the field calls a nation an “imagined community,” because the “members of even the smallest nation will never know most of their fellow-members, meet them or even hear of them, yet in the mind of each lives the image of their communion.” Nations are constructed, not inevitable, and are limited in their sovereignty. These three characteristics enable us to discuss in educational settings the construction of nations. We can question borders and ask who is in and who is not. The meaning of sovereignty must also be reflected on in the new global conditions of the 21st century.

Characteristics of a nation

A nation is an intellectual construction. Therefore, we or our participants might also deconstruct and/or reconstruct, debate or change it. Globally the basis of national ideas also vary. Language can be a decisive factor, sometimes it is based on religion or a constitution, and often it is backed up with a seemingly long “ national” history.

There is always someone outside of “our” nation. However similar others are with us in other aspects (e.g. labour, hobbies, age, gender), the rather “empty” concept of a nation might separate persons who have everything in common except a passport. These kinds of borders, based on common values, ideas, culture, worldviews, language etc., are not necessarily connected to state borders.

Anderson claims the genuine wish of nations to be sovereign: “The gage and emblem of this freedom is the sovereign state”. Whether a nation was ever sovereign can be questioned in our era of a global “Cosmopolis.” These global connections are relevant in more or less every societal field.

The concept of nationality as the primary source of an individual’s identity has been challenged. We live in a time when we must face the exciting question of what happens to the idea of a “nation” in a globalized world in progress. If I wanted to, I could get news from Brazil, Swaziland or Poland as quickly as the people living there 5; the news in those countries might even affect me in my political surrounding as much as they affect the people directly living there. Something similar goes for the European Union. It has in some cases more power than its national members. In other cases the European Parliament and Commission on the one side are checked and balanced by member states on the other side.

Will the importance of the nation rise in the near future or decline? Some authors, like the political scientist Herfried Münkler, predict a revival of the concept of “nation.” This seems to be contradictory in a time when new emerging structures such as the European Union or new private powers seem to be effectively more powerful than the nation-state. Multinational enterprises which are not connected to states, but have, like Facebook, more users than the biggest states have inhabitants, or which, like Google might know more about individual persons than secret service agencies. There seems to exist a gap between the meaning and symbolism many people connect to their nation and the real political and societal power that nation actually has. The implications of this question can only be begun here and it might be interesting to discuss and explore it further with participants. 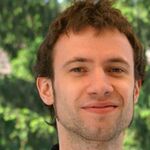 Once at a training in Azerbaijan there was an Austrian trainer using this method. At the end he was more “Azerbaijani” than some of the participants in terms of their criteria for what it means to be Azerbaijanian, and some of them were more “Austrian” according to his criteria than he was. With this kind of result, what is left of the meaning of what we consider a nation? A really fruitful and interesting discussion started in the debriefing part of the method.