It's not enough to say something, it is as well important, how you say it. In a call for application, in working texts in reports or promotion texts for public audiences we represent our values, and culture - as well as our stereotypes, presumptions or limitations. Therefore we want to motivate you, to use language precisely. 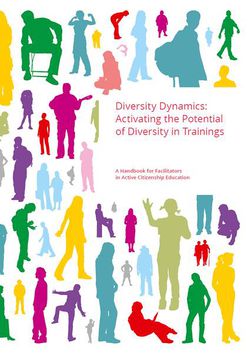 In English there is no grammatical gender of nouns so there usually aren’t male- and female-specific words for different occupations, roles etc. But what language do we use when we’re telling a story and do not want to reveal the gender of the characters in it?

Treat people regardless of their status. Being married or having children is no question of moral superiority.

Identify disabled and able-bodied people in the same way. Using patronizing language or giving more credit to disabled people is a sign of stigmatization and describing their reality not from their points of view:

There ist no need to associate specific behavior with a certain age.

If characteristics are not relevant for the story, there is no need to mention them.