Visual Literacy: How to Think and Act with Images

Katarzyna Bojarska's article explains the relevance of visual literacy especially in the context of digital transformation, the practical ability and in the same time critical attitude toward the "knowledge production and the politics of, by, in and with images."

Almost a decade ago, American art historian and art critic James Elkins claimed: "What is needed is a university-wide conversation on what might comprise an adequate visual introduction to the most pressing themes of contemporary culture (Elkins: toot, y). The times have rapidly and drastically changed, and it seems that the span of this "conversation" needs to be expanded, and other subjects need to be included: artists, non-governmental organizations, cultural and art institution workers, critics, etc. The idea behind this discussion about the most pressing themes of contemporary culture is that it is first and foremost a conversation from within a complex visual field.

Therefore, it seems necessary to gain some distance and reflect upon our visual surrounding and our role in it the use of images, interaction with images, ways of creating images and disseminating them; how and which images engage us, move us and provoke. In the age of omnipresent digitalization and the Internet, whose ultimate effects we only begin to fathom, we need to learn various strategies to critically "see" images (see beyond images and through them), to distrust and doubt them, to question their truth claims and their "neutrality", as well as to be able to enjoy them, play with them and use them for the sake and benefit of our own convictions and concerns.

Visual literacy has often been defined as the ability to "read" images, to interpret and evaluate the meaning of visual messages, as well as to create and share them. In late capitalist culture we need to realize most of all that the realms of visuality and of visual practices or practices in the visual field are numerous; they can be very local, very minoritarian, mass-, race-, or gender-specific, while visual literacy as such is co-authored and problematized by all kinds of subjects, including academics, activists, educators, politicians, kids, adults, seniors, artists, critics, curators, writers, everyone who takes pictures, and who has pictures taken of him/her, who shares pictures, etc. In that heterogeneous realm of products and practices, we should do as much as possible not to reduce the visual to the explainable, be it textual or simply rational, but rather look for alternative means of experiencing and transforming it.

Visual literacy has to do with the politics of knowledge production and the politics of, by, in and with images. French philosopher Jacques Ranciere called the "distribution of the sensible" the organization of all the things that at a particular time and in a particular context can be seen and heard, are thinkable and sayable, can emerge as deeds or products. It is all that can come into being through the work of perception, thought or activity, and what a community of subjects can sensually apprehend. The way "the sensible" is distributed, Ranciere convinces us, determines who is included in or excluded from the community. And this is precisely how the philosopher defines politics - "as a form of experience": "Politics revolves around what is seen and what can be said about it, around who has the ability to see and the talent to speak, around the properties of space and the possibilities of time" (Ranciere: 2oo4, 12-13). Thus, organizing political struggle would mean either to maintain a particular distribution or challenging it and aiming for its reconfiguration. A politics of images and the use of images in politics, a politics of visuality, then, amounts to who decides what is visible and in what framework, to appropriating these frameworks, coming up with our own tools and strategies, with problems and ways of addressing them.

The concept of visual literacy should be expanded in reaction to today's messages, which come in so many forms, in so many media, and - it seems important to note - in both material and virtual realities. It is thus about understanding the visual, participating in it actively, creating visual messages, deconstructing dominant codes, finding ways of emancipation from the dominant frameworks, opposing power and oppression through images, acting by images, organizing by images, protesting by images; it is also about being able to learn through images, and forming new modes of visual knowledge that would not be subordinate to the textual model of intellect formation.

Understanding the visual and learning through images.

Critical reflection of visual frameworks, powers and oppression through images.

And, as Ranciere convincingly shows, "It is up to the various forms of politics to appropriate, for their own proper use, the modus of presentation or the means of establishing explanatory sequences produced by artistic practices rather than the other way around" (Ranciere, 2004: 6o). It seems crucial for the development of visual literacy to reach for images both in and outside of the visual arts, to ask how works of art actually work, what there is to learn from artists, and what there is still to teach them, how a work of art can become a form of protest, mourning or celebration, it means of political engagement and it trigger for change - what makes what Ranciere calls effective "regime of sensible intensity", moments of rupture, and self-reflection, sites of opening up it space for new modes of art as well as forms of life, be it individual or communal.

Artists have long experienced the world and thought it with and through images. They have at times fib misunderstood or lost, and yet they have offered such elaborate and necessary forms of addressing "the most pressing them." that we simply should not ignore them. It can be a matter of survival in the environment where most information is commtmicated visually, and it lot of manipulation tithes place on the visual level. Artists simply have to be talcen seriously and acknowledged. Must we see only that which we look at? Or should we rather always see more than is shown? lf, in the overabundant visual culture, we are to develop apposite critical faculties and act - be it by acceptance or refusal - we should open up to these intensities offered by the encounter with it work of art (in it gallery space, in public space, on the Internet, etc).

Such critical faculties will not emerge without being exposed to proper visual practices in learning / education on every level. Can an education be based on images as much as on texts? Can we imagine being assigned visual materials as readings, outside ofboth art history and visual studies departments? How will the historians of today (when it will have become past) be writing about what is going on in global economics, politics, etc, if they are not able to interpret images, and use them, too? Can a civic education be based on imag.? What do images explain, and how? What do they make us do, what do they make us think and feel, and how do they do it - as well as: what we can do about it? Any education and learning process needs to acknowledge that images and visual messages often address the bodily, the subconscious, the intuitive, and trigger responses that do not fit in the narrow frames of what understanding and mastering is taken to mean in Western culture.

If images are so crucial in our lives, it is time we start thinking with them more than about them, and use them as means of intellectual, artistic, activist expr.sion, consciously and creatively.

Katarzyna Bojarska is an assistant professor in the Department of Cultural Studies at the SWPS University of Social Sciences and Humanities in Warsaw (PL). 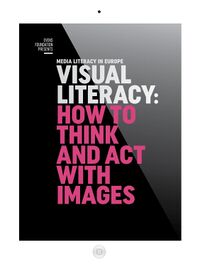 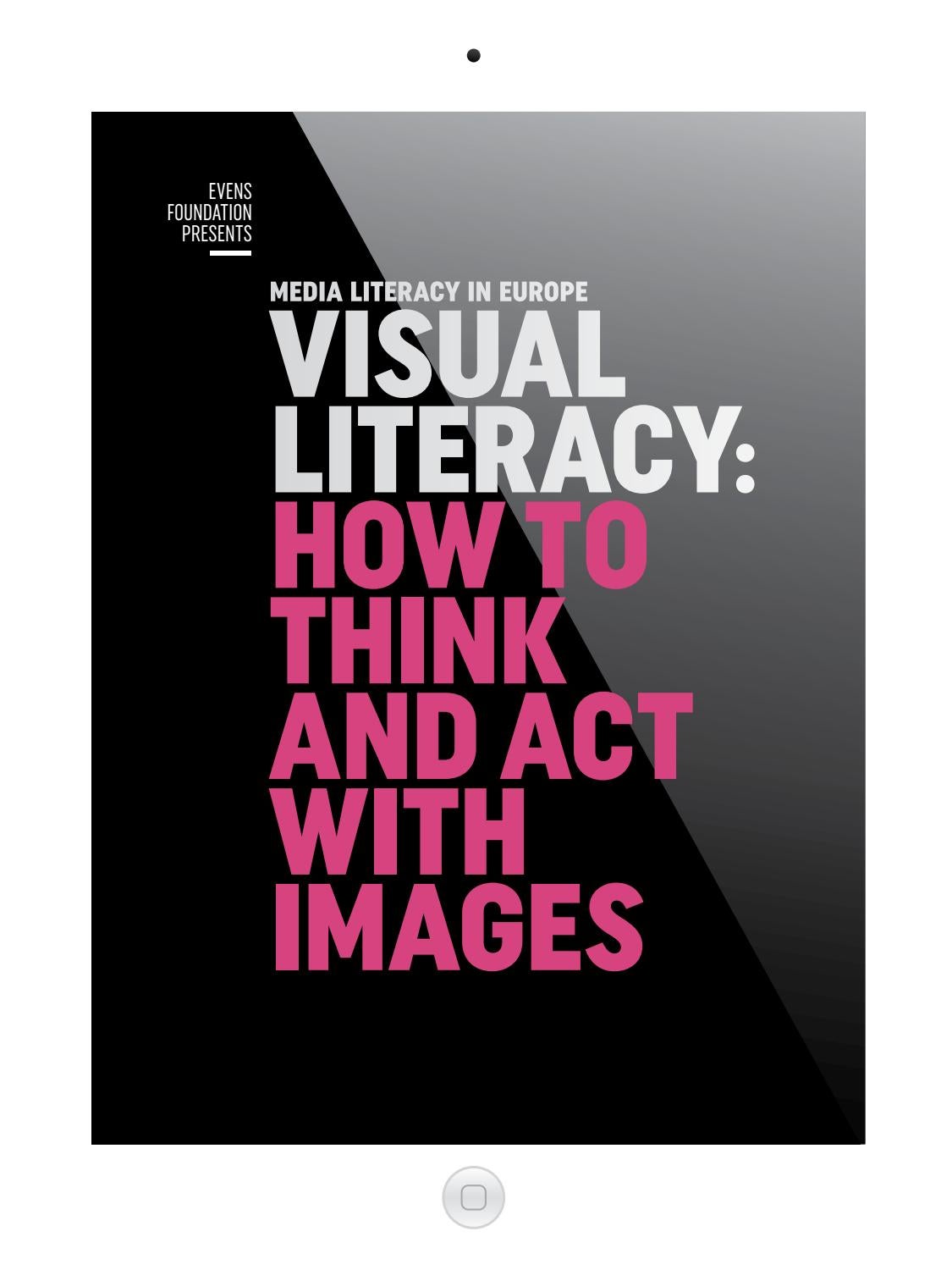