In her TED talk from Chimamanda Adichie, a Nigerian writer, she discusses what she likes to call “the danger of the single story”. She tells the story of her experience of reading and writing from an early age, influenced by the British and American-authored books she read where white and blue-eyed characters ate apples and played in the snow. Although these habits and characteristics were far removed from her reality, where there was no snow and they had mangoes instead of apples, she ended up writing stories with these similar patterns. From her perspective, it shows how vulnerable we are in the face of a story.

Inspiration: The Danger of the Single Story

Chimamanda Adichie hints that in order to have a single story about people, one merely has to recreate a repetitive narrative about them. It is impossible to talk about the construction of the single story without mentioning the issue of power. How narratives are told, who tells them, when and how many stories are told really depends on power. That is, “power is the ability not just to tell the story of another person, but to make it the definitive story of that person”, says Chimamanda.

Over the years, stories have been used to expropriate and make something evil, but they can also be used to empower and humanise. They have the power to destroy the dignity of a people, but they can also restore that lost dignity. That is why Chimamanda says every story matters. Focused on resolving the issues, the writer proposes engagement with both sides of the story, what she cites as “a balance of stories”, and the desire for discovery by all the stories of that place or that human being.

Chimamanda’s TED talk has become an internationally recognised reference in the field of education to discuss the construction of stereotypes and prejudices in different contexts. Every story is important because it contributes to the emergence of differences between contexts and people, but it is important not to create a single narrative of those in a position of privilege that does not open up alternative visions and narratives. The talk can be used in order to discuss social representations, stereotypes, prejudices, hatred, intercultural differences and inequalities.

Facing History and Ourselves is a global organisation that aims to challenge teachers and their students to stand up to bigotry and hate. https://www.facinghistory.org/about-us

In the Stereotypes and “Single Stories” workshop included in the course Teaching Holocaust and Human Behavior, they discuss the concept of the single story. The guiding question is: in what ways do “single stories” impact our own identities, how we view others, and the choices we make? https://www.facinghistory.org/resource-library/teaching-holocaust-and-human-behavior/stereotypes-and-single-stories

The identity of NGOs and the effectiveness of their actions depends to a large extent on their ability to communicate in public space the issues they stand for and to be visible to those who can support them in achieving the desired change. “NGOs Storytelling” is a publication developed through the Erasmus+ Youth Mobility project “NGOs Communication Camp - 2nd Edition”. It is a useful guide to support organisational learning processes and strengthen the effectiveness of civil society organisations' actions. http://toolbox.salto-youth.net/1593 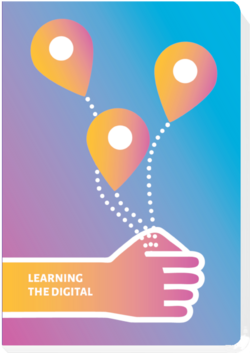