Movies are not a mere entertaining tool showing captivating plots, but they also prepare students to trigger their autobiographic stories and experiences, thus shaping and sharing memories. 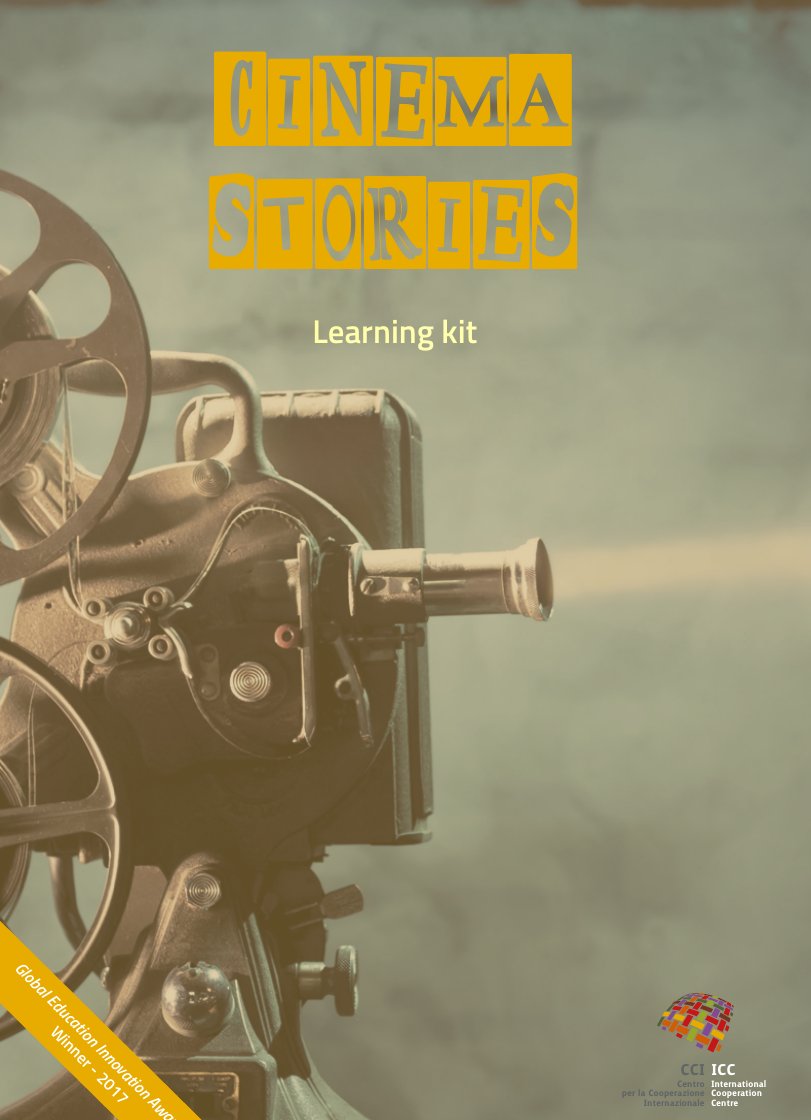 "Cinema offers various occasions to stumble on stories, places and situations. It evokes sensations, questions and thoughts on one’s inner and outer world. Cinema gives spectators a myriad of stories to discover, understand and interpret. It can help build one’s identity and recognise emotions. It can affect people’s world perceptions and make them explore, feel and look anew at near and faraway situations Therefore, travelling through and with cinema and looking with one’s eyes and heart might become a new travelling and educational experience.” (P. Canova, Visioni in Viaggi nelle Storie, 2009, p. 23).

Travelling through and with cinema becomes a particularly rich experience which enables the audience to meet different interpretations of the complex world and discuss interculturalism and plural identities. Cinema shows a reality which is filtered through a certain culture (all films are culture-bound). This opens to dialogue and reflections on -one’s or others’- world perceptions and on how people interpret reality.

Films activate many senses. Words are accompanied by images, non-verbal languages, sounds, frames and camera movements. The audience’s gaze decodes such complexity at once. Such complexity, when used as a teaching tool, emphasises some aspects of the motion pictures:

Videos are a constant element in people’s daily life: on the internet, in TV ads and in cinema. Video communicative power exists not only in art films, but also in daily messages and language.

Videos offer spectators and students manifold interpretations. There are no right or wrong answers as such. One can foster the relation between emotional involvement and logical arguments.

Screening a film might become a way of encouraging students to tell an experience. They might be inspired by or take distance from a key episode of the film. Listening to and watching other people’s stories leads students to tell their own.

Nowadays, any mobile phone has a camera. Creating, editing and sharing videos or mixing files is available to everybody - to many teenagers, too. Users watch, create, imagine and reflect on videos.

Collective activities after watching the movie

Individual analysis and reflection after watching the film

After an initial collective work phase, it is important to assess the students’ thematic and content comprehension individually or in small groups. In this phase, as for the film characteristics, the focus of analysis should be thematic and content-related and should also consider aesthetic and linguistic features. Notably, students should focus on who acts (character typology), how they act characters’ behaviour, attitude and emotions), why they act (reasons), where they act (place typology and function), when they act (chronological order of events).

Narrative and thematic analysis of the film

It is of utmost importance to assess the level of internalisation and comprehension of the narrative units and the meaning given by the students to each of them. To avoid the common and pedantic synopsis, it might be interesting to propose activities which intertwine plot analysis with the identification of the film main themes.

On a large sheet, each group draws the “metaphorical streets” followed by the film characters, indicates the fundamental narrative phases (beginning of the film, crucial moments, ending) and writes down the meaningful events for each phase. It might be interesting to encourage the students to draw streets of different shapes and sizes and name them after feelings and emotions (courage street, defeat street, solitude square, melancholy boulevard, fear lane, new horizons crossroads, meetings square...).

A film to listen to

Sounds are fundamental in films, but they are a factor that is easily neglected by students. Teenagers are used to watching rather than listening. They are attracted to the images projected by the screen to their eyes, therefore they retain a limited percentage of film sounds. Thus, it is important to invite student to focus on sounds by proposing careful listening activities in order to help students analyse and understand the film. By depriving the film of its images, one will listen to it carefully. This can trigger further discussions and reflections on topics, ideas, opinions and messages hinted by the film. One can do this by listening again to the soundtrack of some of the most meaningful scenes while covering the screen with a black cloth and asking the students to identify the scenes through verbal comments.

Instead of using the frames to reconstruct the previously watched events, they help invent a new story, completely different from the original. Confront with all students the works carried out by the single groups. It might end differently...

Students should invent a different film ending in groups and then discuss the various ideas all together.

Students should imagine what might happen if the story carried on after “The End” How would it evolve? What events or situations might be filmed?

Encourage the students to rewrite the story by changing places and times of narration. Compare the different ideas produced by each group. Transfer the film narration into a different space or time

A group or individual reflection on film characters might be carried out through some games as the following ones.

Provide each group or student with an “ID” template to fill or make each group create an original ID template. At the end of the activity, discussing the results would be beneficial. IDs might contain any kind of information (physical appearance, temperament, behaviour, lifestyle, role in the film, dreams, wishes, fears, ambitions...)

Prompt the students to embody one of the film characters and introduce themselves to the class in the first person. This activity is particularly useful as decentralisation exercise and to take on the others’ viewpoints

Trying to introduce the characters from various points of view is also important. (E.g. character A told and described from B’s or C’s, D’s viewpoints).

Analysing the relationships among film characters may be interesting as well. In this case, each group is provided with a sheet where a character’s name is written in the middle and all the others’ are written around it in a circle. The task is defining the relations among the various protagonists of the story. (E.g. trust, affection, tolerance, care, friendship, respect, indifference, carelessness, malice, fear, courage, contempt, help, protection, incommunicability, need for love...).

The different ways of filming a character are crucial for the message that one wants to convey to the audience. The shooting angle, the distance between the camera and the object, the light shed on it, the chromatism around it are all linguistic tools used to describe the characters as individuals or as people having a relationship with others. Therefore, it is fundamental to emphasise the descriptive methods by going back to particularly meaningful situations or analysing some film frames. When analysing this, students should be guided through a series of prompt questions, such as: what moment does this frame refer to? Who’s the filmed subject? Where is the video camera situated? How would you define this kind of framing? Why do you think this character was filmed in this manner? What did this type of scene intend to convey? What effect does this framing provoke?

Analysing the object and place system of the film

The way objects are filmed and spatially situated is a vital element to many films. Objects and places might be symbols/ metaphors for something else. In these cases, an in-depth analysis of them and their meaning is necessary. When analysing the environments, a focus on their typologies is required.

The different manners in which a director films a certain environment are of utmost importance for the message they want to convey to the audience. Lights and colours depicting different places, the way in which the camera describes and uncovers them to the spectators (such as field size, tilt, angle, camera movement) are subtle director’s choices that create a particular meaning. In this activity, students will be able to focus on descriptive methods by going back to particularly meaningful situations or analysing some film frames. When analysing this, students should be guided through a series of prompt questions, such as:

Often films show objects with a high narrative meaning. To make such objects remarkable and able to draw spectators’ attention, these are often filmed in detail and closed to the camera, so that they fill the whole scene. In order to analyse their functions and meanings, students may be invited to remember and explain when the objects enter the scene and what their functions are.

Off and on line critics...

Once the collective and group analysis is carried out, students can be asked to express value judgement on what they have just watched by writing critical reviews.

Collectively establish some evaluation symbols for the film (such as stars, happy or grumpy smileys) and invite students to express their grades.

I think this film...

Expressing a judgement on the film using as many adjectives as possible.

Off and on reviews

Invite students to write reviews on the film they have just watched. Such reviews might be collected in a “self-produced magazine”. It could also be interesting to decide the graphics and the name of the magazine masthead and produce, for each watched film, a special number to show to the other school students, on the school website or on other websites on discussion forums.