Media are omnipresent in our everyday lives. Family life is so saturated with it that even very young children are confronted with a plethora of media impulses on a daily basis. Children watch TV or they listen to music or stories on CD, but, because of the widespread adoption of technologies such as the internet and mobile devices, they also see their parents handling media in many different situations.

Our global society is moving from a literary to a digital society. Media, especially digital, have an extraordinary impact on society’s formative processes; they have an enormous influence on our beliefs and even behaviour. For these reasons, all fields of pedagogical work need to engage with media. Media literacy must therefore be discussed as one of the key competences that young people need to learn. All over Europe, many organizations are dealing with media literacy, while the European Commission has shown strong recognition of its importance:

“The way we use media is changing and the volume of information we get today is enormous. People need the ability to access, analyse and evaluate images, sounds and texts on a daily basis, especially if they are to use traditional and new media to communicate and create media content. Consequently, the European Commission considers media literacy an extremely important factor for active citizenship in today’s information society. Just as literacy was at the beginning of the twentieth century, media literacy is a key prerequisite of the twenty-first century.”

Media literacy is ubiquitous and therefore a necessary part of lifelong learning. However, the main focus of media educators all over Europe is still on children and adolescents. With reference to the Commission’s definition, the promotion of media literacy has to deal with four main challenges:

Children and adolescents must be able to use media in their daily life, according to their needs. This includes the technical part of having media in classrooms, in places of open youth work and at home. Although we often call the young generation ‘digital natives’, it is wrong to assume that all young people automatically have access to fast Internet and the newest media devices.

takes place in youth clubs, youth projects, youth centres and youth houses as well as on the street. It is learning in a non-formal or informal learning context.

Being able to use media also includes knowledge on how to find answers to different questions. Especially in dealing with specific media and media applications, young people often know more than adults and can take over independent tasks in educational processes.

We have to keep in view that technical access should be guaranteed for everybody, while also developing overall competence in dealing with information and maintaining a pedagogical perspective.

Young people have to be informed about how media systems work in their country, in Europe and worldwide. They also need to deal with issues such as maintaining a media/life balance, the connection between media and economics, and between media and violence, and so on.

The media/violence correlation is particularly acute when it comes to computer games. For many young people, playing computer games is an important leisure activity. They spend a lot of their spare time playing. But there seems to be a clash of two worlds: on the one hand, young people are fascinated by computer games; on the other, society holds a rather negative view about these new media forms. The challenge is to teach the young gameplayers to be critical users, but at the same time to help outsiders to understand youngsters’ fascination with these games and consequently that computer games can also be a tool for learning.

To counteract a clash of generations, we have to support communication between children and their parents, children and teachers, and children and politicians. In this dialogue all involved parties can voice their point of view and learn much about the other generation and about media and media use. Teachers have to be aware of the meaning of media and reflect upon their own role. They are no longer just the ones who ‘have the information’; they also need to know how to moderate the processes of learning.

Young people mainly use online media to stay informed, but they have to learn to distinguish between trustworthy and untrustworthy information, and to pay attention to the sources. Especially with social networks and user-generated content, this is becoming increasingly crucial. In all educational contexts, critical selection of content, the need to form one’s own opinion, and debate on questions such as copyright and privacy are very important.

A critical approach to media content also implies taking into consideration the combination of media content and advertisement. Early on, children are confronted with many kinds of advertisement. They are surrounded and directly targeted by media protagonists (e.g. SpongeBob & Princess Lillifee) representing a worldwide merchandising system. They are also confronted with advertisements in films, in computer games, on the Internet and even in apps for children.

Many young people have never been taught the economic aspects of media. The process of developing the media literacy of children and adolescents must embrace these issues so as to help them acquire the knowledge and skills to be able to use media critically and distinguish valuable media content from other content, such as advertisements, especially when indirect or disguised.

4. Creating communications in a variety of contexts

Media are very important for young people to stay in contact and to communicate with their peers, and using media is the most effective way of influencing opinion or even behavior in society. Young people have to learn how to use media to respectfully express their opinion and how to involve others in public discussion of important topics – in other words, how to ethically use media to participate in society. Therefore, they have to know how media information is produced, how to create their own media content, and what channels they can use to take part in public communications – either in their neighborhood, in their society at large or even in worldwide discussion.

Promoting media literacy includes supporting young people in creating their own media content and making available channels for the distribution of media content. There are radio and TV channels for young people in many countries, but it is a new challenge to find the right, trustworthy way to publish content online. Teachers have to decide whether to use commercial options or to create safe spaces for pedagogical work.

Taking into consideration the phenomenon of mediatization and the development of the ‘social web’ and mobile media, the question is no longer: Does education need to deal with media? The question is rather: Do educators perceive the potential of media use, or do they simply dismiss the media as problematic and dangerous? Following the definition of media literacy, the answer is obvious: It must be the goal of media education to take the interests of adolescents in media seriously and to help them to express their interests and viewpoints by using media. Activities concerned with media must have a wide focus and give the young people many options to engage and participate. Young people, with their particular interests and cultural and social backgrounds, should be central to media literacy education. In the educational process they should be taught how to handle media and how to use them as a means of communication.

To promote media literacy, we need examples of good practice as well as teachers who understand the media and the issues involved, and who are open to the interests of young people. Therefore, media educators must take recent developments into consideration and assess their significance for their own concepts and actions. All processes concerned with the promotion of media literacy must reflect both media and socio-political developments, reflect on them critically, and draft, test, evaluate and publish innovative practical concepts, which can then serve as models. 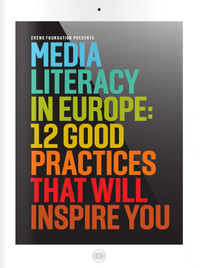 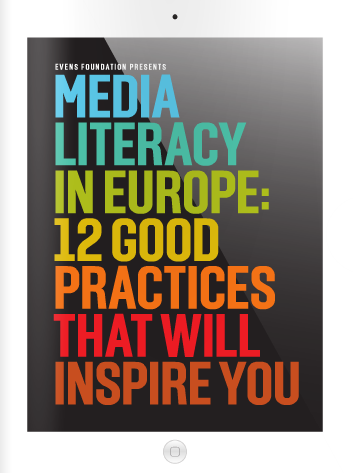