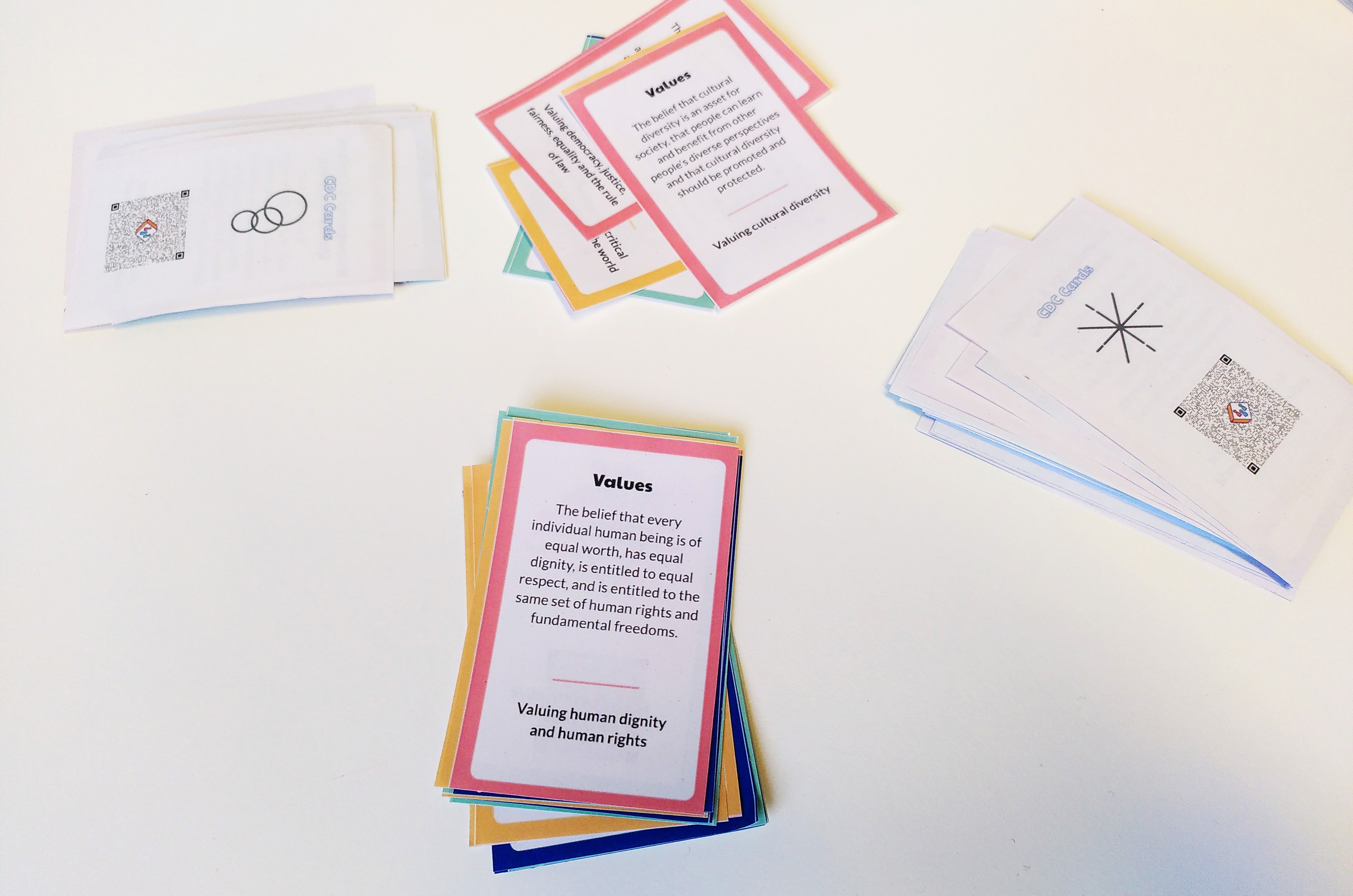 The card deck consists on decsriptions from the Reference Framework Competences for Democratic Culture. Participants explore thes and apply them to real life situations:

Correctly guessed cards are awarded victory points. All players play cooperatively and win together as a team once they reached the necessary amount of victory points. 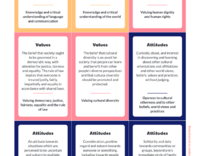 Prepare information about the Competences for Democratic Culture 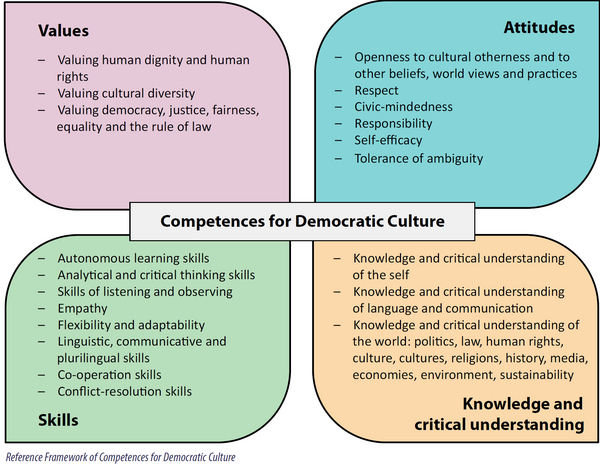 The scoring card is placed in the middle of the table.

Make sure that every player scans the QR-code on the backside of a card so they can read through the brief description of the competences in the Reference Framework of Competences for Democratic Culture.

The game lasts an uncertain number of game rounds until the end game conditions are met (see end of game).

Every game round consists of four consecutive steps:

The player with the role card “storyteller” describes a short real or fictional situation in which competences of democratic culture are required.

The situation can refer explicitly to civic or political processes, but also to daily interactions, for example between citizens, between groups of citizens or between citizens and institutions.

The player with the role card “proposer” chooses cards from their card deck (without naming the competences), which in their opinion describe best what competences are needed in the storyteller’s situation. The proposer can choose up to as many cards as there are evaluators (so 1-3 in a 4-player-game, 1-4 in a 5-player-game, and so on until 1-6 in a 7-playergame).

The “proposer” places these cards face down on the table.

Then, the other players (including the storyteller) shuffle their card deck and randomly give the proposer 1 card in a way that no player knows the competences on them (face down).

Now there are on the table: the 1 - x cards chosen by the proposer and one card per other player. The proposer takes all these cards and shuffles them face down under the table.

Then the cards are placed face up in a row on the table so that all players can read the competences.

Now all players with an “evaluator” role card (including the storyteller) look at all the displayed competence cards and discuss which competences correspond best to the storyteller’s situation. Their goal is to identify as many as possible of the cards the proposer chose, while avoiding cards that the proposer did not select. The “evaluators” may choose any number of cards and mark them by sliding them out of the card row a little. When the players agree that they finished with the evaluation, the cards are flipped to their backside: the cards in the “proposer’s” player colour are correct guesses, while the cards in other player’s colours are incorrect guesses.

All played cards that were not chosen by the evaluators are removed from the game. If the end of the game was not triggered (see end of game), then rotate the role cards clockwise and start a new game round (again going through steps 1.-4.)

End of the Game

We recommend the following end of game condition: The game ends when 10 cards lie on the right side next to the scoring card (10 wrongly guessed cards).

The game was created in the project Democracy and Games: Analog and Digital Game-Based-Learning Tools for Youth Work Demogames (2019-2022) by Robert Lovell, Ramon Martinez, Calin Rus, and Timea Serb. 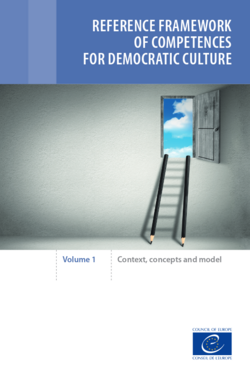 The Council of Europe's holistic competence framework for Education for Democratic Citizenship and Human Rights.
Download 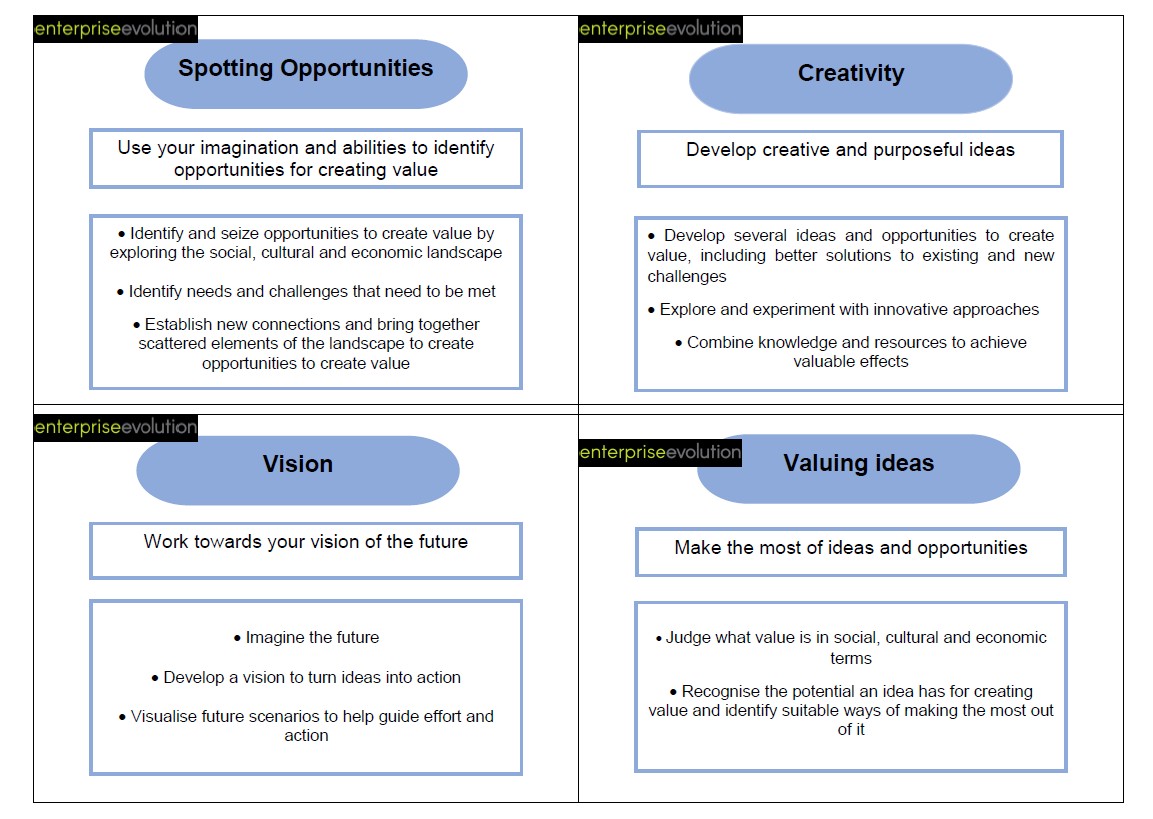 The ETC Toolkit follows a similar approach and created cards for the EntreComp Competence framework for Entrepreneurship Education.

Compare the RFCDC and the EntreComp frameworks: