From Competendo - Tools for Facilitators
Jump to: navigation, search
The Newspaper theater is a technique of the Theater of the Oppressed as conceived of by Augusto Boal. The source of the theatre are newspaper articles and headlines, but also books or speeches. It prompts reflection on socially relevant issues by acting them out. With the help of such sources participants create a short scene. 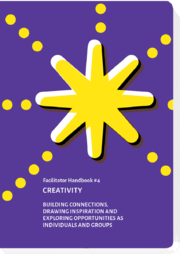 1. Participants choose the news topic they want to work on. [15 min]

2. Working in small groups, participants practice different reading methods and familiarize themselves with the different techniques of newspaper theatre:

The news is read without any further comments.

The news is read and an extra sentence is added to one part. For example: The news: “According to TIME magazine, Germany’s chancellor is the most powerful woman in the world”. Here participants might add: "Except in her party".

Participants read the news from various articles. They contradict each other and disagree on the topic.

“Thanks to innovation, cars are becoming more and more environmentally friendly” “Pollution caused by cars poses more and more of a threat to public health.”

By reading a text in a rhythmical way, different associations are created. For example: Read a political speech with the rhythm of a march, a tango or a waltz.

Similarly to the "added" reading, the advertisements of companies, organizations or politicians are added to the article content.

By creating a big gap between content (text) and presentation, the news article is caricatured. For example: A speech on the serious situation the country is facing is given by an actor who sits at a table with a lot of food on it.

A scene is acted.

The news is related to events from the past. The idea is to learn from history.

The vocabulary of news and headlines often hides information and reduces their meaning. In example, euphemisms like “welcome centres” for refugee camps. Or the way in which “climate change” does not convey the concrete threats by itself. The play tries to include their (re)definition and to make the information behind the terms visible again.

The news is complemented by other information that is related but which is often not printed, such as impressions or emotions. For example: Participants announce the news of a state funeral with a detailed description of the guests' mourning.

Some bogus reports only talk about specific details as headlines and do not mention facts. By acting the scene after having read out the news, this information is then given to the audience.

3. Participants choose an approach then develop a scene and perform it in the group setting. [45 min]

After the performance follows a common group reflection. [30 min]